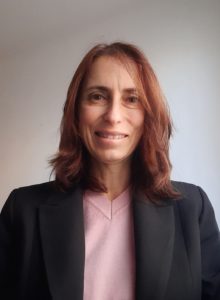 The Summer School is organised by Professor Sara Poli, Department of Political Science of the University of Pisa.

Sara Poli is Full Professor of European law at the University of Pisa where she teaches EU law and EU external relations. She is a member of the EUDIPLO (2020-2023) and of the EUCTER networks (2020-2023). In 2013 she was awarded a Jean Monnet Chair which focused on the European neighbourhood Policy. Previously, she has worked at the European University Institute (Fiesole) as Marie Curie Fellow and Robert Schuman Fellow. Sara has been assistant professor at the University of Rome ‘Tor Vergata’ and teaching and research fellow at the University of Trieste. She has been lecturer of European Law at the University of Southampton and teaching assistant of the College of Europe (law department) in Bruges (1999-2001). She obtained her Master of legal studies degree at the College of Europe, and her PhD from the Scuola Superiore di Studi Universitari and perfezionamento S. Anna (Pisa) where she also did her undergraduate studies. She has organised a successful summer school in 2018 on the European Neighbourhood Policy. She has received a number of grants and she has worked as expert of the Commission to review research projects. Her works have been published in leading EU law journals. She has carried out research in several areas of EU law, in particular in the field of EU external relations. Her most recent book is L’azione esterna dell’Unione Europea (2021), co-edited with E. Bartoloni. She has also authored or co-edited books on EU restrictive measures (2019), the European Neighbourhood Policy (2016) and the EU Management of Global Emergencies (2014). 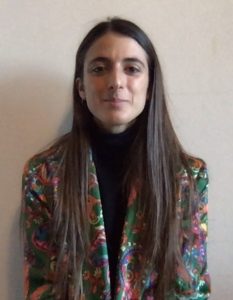 Professor Sara Poli is assisted in the organization of the Summer School by Anna Pau, PhD student of the Law Department, University of Pisa.

Anna Pau obtained a Master’s Degree in Law from Siena University with 110/110 cum Laude in 2019 and is currently in her third year of PhD in European Union Law at the University of Pisa (Law Department). The focus of her research is on the consistency of the EU external action and, in particular, on the relations of the Union with third countries and the relative implications for contested territories in its neighbourhood. She is also interested in EU diplomacy, energy security and solidarity. In the project EUDIPLO, Anna is a member of the team of the University of Pisa, coordinated by Professor Poli. She had two experiences abroad during her university studies: the first (2016) at the Université Paris-Est Créteil UPEC (France) and the second (2018) at the Universidad de Granada (Spain). Recently, she was hosted as Visitor Researcher at the Europa-Institut, University of Saarland in Saarbrücken (Germany). In 2020, she took the position of Academic Tutor at the University of Pisa, and before she worked as practitioner in a civil law firm (2019-2021) and as trainee-legal advisor for the Prefecture – Territorial Government Office of Prato (2017).

Deadline for applications
9th of May 2022

Course Format
Both on campus and online

Coordinator
Professor Sara Poli, Department of Political Science of the University of Pisa